OECD announced the 2012 results of the Programme for International Student Assessment (PISA) last week and it was widely covered both in local and international media.  PISA is an assessment measuring the 15-year old school pupils’ scholastic performance on mathematics, science and reading and it is increasingly used as an indicator of education quality.

Inspired by the PISA data released last week, we looked at Turkey’s quantity and quality education indicators in comparison to 1 developed and 13 emerging markets.  As always, the data are from international organizations. 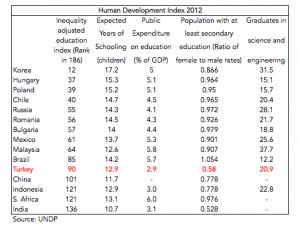 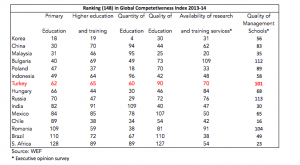 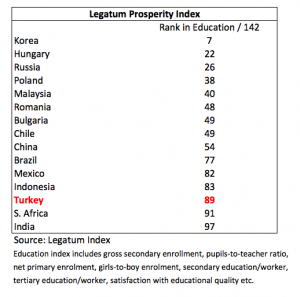 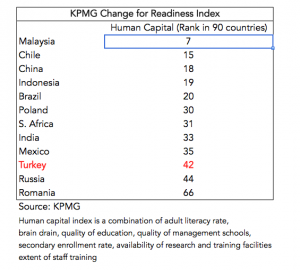 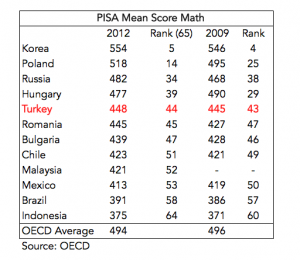 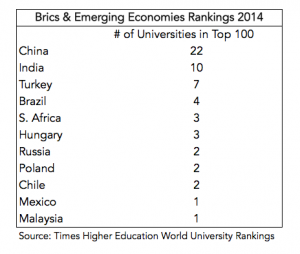