Inspired by the recently published WEF Gender Gap Report 2013, we have brought together Turkey’s data on gender equality compared to the 14 other emerging markets that we follow. As stated in the report, closing gender gaps is thus not only a matter of human rights and equity; it is also one of efficiency. Especially now that Turkey needs to gear up productivity gains in order to sustain high growth rates, a more efficient use of nation’s human capital endowment in necessary. With such poor scores in gender gap, empowering women in Turkey is a necessity for growth sustainability. 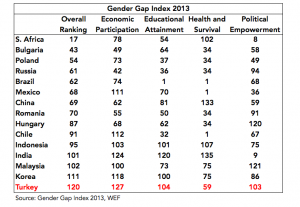 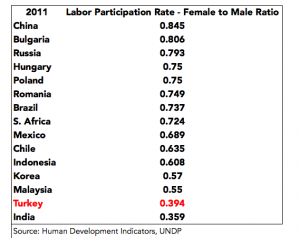 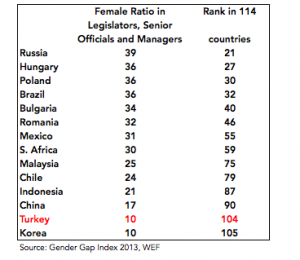 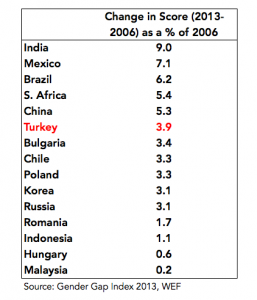 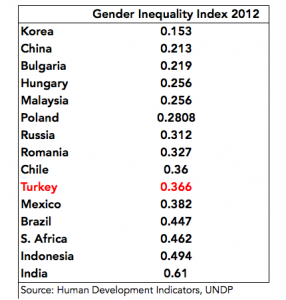