Turkey’s economic ride throughout 2015 was largely dominated by the direction of the EM flows.  As the story of EMs change from high-growth-lower-risk to lower-growth-higher risk story, capital outflowed in net terms for the first time since 2008.  EM currencies depreciated in real terms against the USD and financial market volatility increased.  The movement of the TL fits well with the EM-wide trend.

Turkey’s performance within the overall EM tide though, has been disappointing.  TL is one of the currencies that depreciated the most in 2015, initiated by capital outflows. Volatility indicators were on average one of the highest within the EMs.  And this relative negative performance occurred despite the falling oil prices, which helps Turkey’s current account deficit and higher-than-expected growth rates.

This recent graph by TDM summarizes the sentiment against Turkey and a few emerging markets very well.  Brazil and Turkey have been worst performers despite one of them being a commodity exporter and the other commodity importer.

Widely accepted reasons for Turkey’s underperformance are domestic developments, especially uncertainties related to the two elections in 2015.  Political uncertainty and discussions around the independency of institutions (specifically Central Bank) caused most of the damage.

No Celebration for the Economic Program?

Now that elections are over, a big portion of the domestic-scene related worries should be over; at least in theory.  Or they should once after the nomination of a ‘relatively independent’ CBT’s Governor during 1q16.  After all, government has recently announced its economic program, which aims to bring about a sustainable, inclusive and high growth rate.  In addition to the sectoral transformation programs that had been announced at the end of 2014, there are macro reforms aiming at bringing improvements at the labor market, technology, education and investment climate. Agenda list on EU accession process has been also added to the program.  Further more, program has been backed up with an agenda on the to-do-list on various pillars of the program on a 3, 6 and 12-month horizon; just like the days when there was an IMF program between 2002-2007.  This is exactly what the markets would love to see back in 2013-14.  Many analysts, including this one, wrote repeatedly back then that a serious reform program was what Turkey needed. 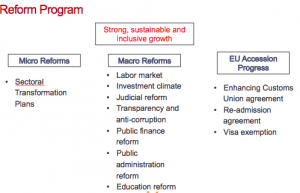 Yet, again markets are not buying Turkey story. This time around, the widely accepted view is that reform implementation could be weak, given the existing complex issues that Turkey might need to prioritize, including an early election.

Question marks over Turkey’s story are not an issue of prioritization; but the capacity of the policymakers and the flexibility economic program to react to expected and not-so-expected risks.  I am not talking about the risks related to the trajectory of FED rate hikes, Chinese economic slow down, the drop in oil prices, double-digit inflation numbers in Turkey, high private sector debt or even possibility of early elections in 2016.  Here is my list of risk-related questions, which can have dire consequences on success of the Program and which are also totally out of scope of the financial markets; 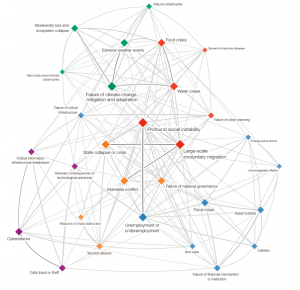 All of the above questions boil down to governance and institutional capacity with which Turkey will react to the potential market, social, environmental and economic adversities of the coming years.  Financial markets are asking the same questions over one issue and actor; i.e. independency of the Central Bank. Given the pace of change in global economy and interconnectivity of  risks, looking at economic policy and political developments (in a narrow sense of who wins which elections) or dependency of of CBT to evaluate the outlook of the Turkish economy will not be sufficient any more.  The leverage point for the Program and overall Turkey’s macroeconomic performance is the governance capacity of the executive policy makers at the face of not only economic; but also socio-political, environmental, social adversities. 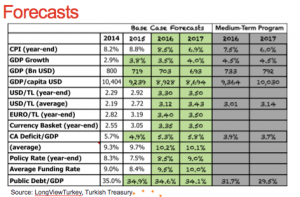