This executive summary is from the Turkonfed report title ‘Digital Anatolia: New World Order and Solutions for Transformation’ dated March 2018. Report has been co-authored with Ozgun Pelit. For the full report, http://www.turkonfed.org/Files/ContentFile/dijitalanadolu_final.pdf Since the beginning of 1990’s, technological innovations are gaining momentum and have been transforming the global economy. This transformation, which is sometimes […] 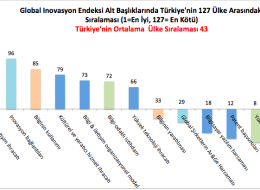 Turkey’s economic ride throughout 2015 was largely dominated by the direction of the EM flows.  As the story of EMs change from high-growth-lower-risk to lower-growth-higher risk story, capital outflowed in net terms for the first time since 2008.  EM currencies depreciated in real terms against the USD and financial market volatility increased.  The movement of […]

United Nation’s Sustainable Development Goals that are replacing Millennium Development Goals, were publicized over the UN Summit in New York last weekend.  These announcements were important for many working in the development field as they are going to determine domestic and international policies shaping many projects in the field.  Yet, the attention that they received […] 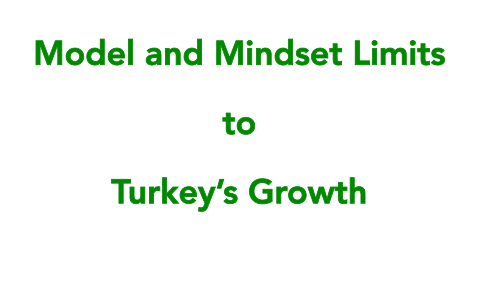 Turkey’s average GDP growth rate was 3.1% during the last three years, compared to 2002-2011 average of 5.5%.  GDP/Capita has been hovering around 10,000 dollar since 2010, fuelling the discussions whether Turkey has been stuck in middle-income trap.  More importantly, the next two years growth estimates are not signalling an improvement over the last three […] 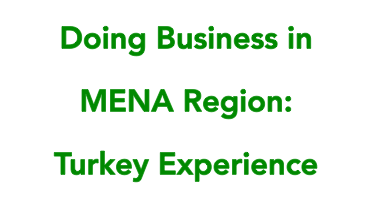 During the last 10 years, share of EU and MENA[1] region exports within Turkey’s total exports stayed almost the same at 70% levels; but the 13% decrease in EU’s share was almost all replaced by exports to the MENA region.  Exports to MENA region acted as a buffer to the decrease in EU exports, especially […]

Turkey G20 Presidency at a Year of Sustainable Development 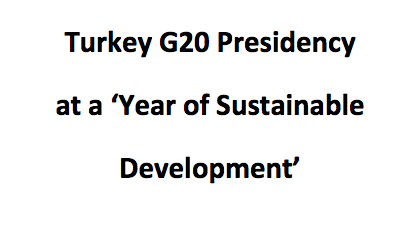 Turkey G20 Presidency at a ‘Year of Sustainable Development[1]’ Turkey is leading the G20 presidency during 2015.  As any other Presidency, Turkey has a focus and its list of priorities with which it wants to lead its term of Presidency. Its focus is ‘inclusive and robust growth’ while formulation standpoints are summarized as 3 I’s: […]

Along with several other ambitious economic targets, Turkey set a 500 billion USD exports target for the year 2023, the 100th anniversary of the modern Turkish Republic. In policy documents prepared to this end, number of exporters and export destinations are often cited as main dimensions to focus on[1]. However, a cross country comparison reveals […] 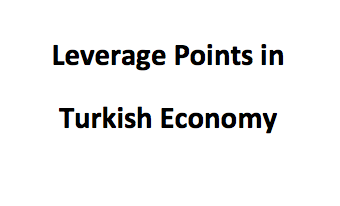 Last week as I was preparing a speech on Turkish economy, I was reviewing the facts for ‘Turkish macroeconomic story’.  Suddenly I realized that I was putting way too much effort into making my version of the story flow.  With the conventional way of looking into Turkey’s investment case, I should have listed the risks […]

Does Institutional Quality Support Further Income Increase in Turkey? Institutions are often regarded as one of the ingredients of competitiveness and/or growth rate in economic development.  The discussion on the role of institutions in ‘the origins of power, prosperity and poverty’ got popular attention through Daron Acemoglu and James Robinson’s book, ‘Why Nations Fail’.  The […]